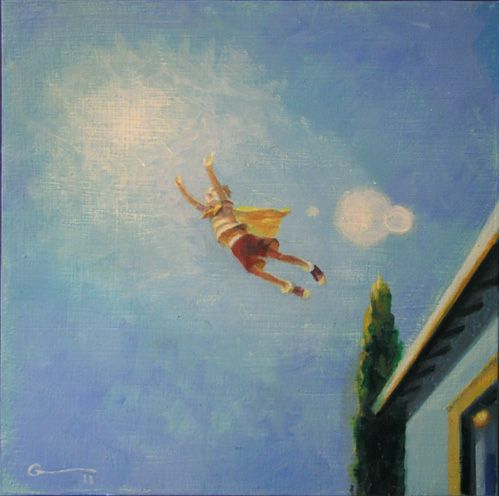 Mo·men·tum
mōˈmen(t)əm,məˈmen(t)əm/
noun
“The quantity of motion of a moving body, measured as a product of its mass and velocity.”
Momentum is typically only applied to objects, but in colloquial English it is often applied to action and thoughts as well. One might say “I’ve gained momentum on my project”, or perhaps “My income stream is gaining momentum”, or even “My relationship with my sister is gaining momentum”.
This article will refer to momentum in these terms, rather than what physics typically refers to as an ‘object’.

One of my favorite books “The Path of Least Resistance” by Robert Fritz, describes how thoughts naturally gain momentum and therefore “form” a path of least resistance within themselves, just as cows walking through a hilly pasture would tend to take the easiest route possible:

In this case, the cows are not creating the land, and so their control in the resistance they find is only through the choice of which path to take. Conversely, however, the least resistance path in our minds and bodies is created by us and so we are provided the opportunity not only to take the path but to understand re-shape any resistance as we travel it.

The really exciting part lies in the fact that we have the opportunity to mold ourselves, and that this choice can certainly be a scary responsibility to take on. Those who do not choose to take it on are said to be operating from the “Reactive” Orientation. From the Reactive Orientation, one is said to oscillate between “going after what they want’ and “believing that they can’t have what they want”, as seen in the diagram below:

Those that do choose to take on that great responsibility of re-shaping their belief systems in order to get closer to the “actual” path of least resistance are said to be acting from the “Creative Orientation”.  When coming from this orientation, one simply accepts the current reality and moves forward toward what they want.

After being deeply moved by The Path of Least Resistance, I later encountered a remarkable similarity on a cellular level, in a talk called The Biology of Belief by Bruce Lipton. In this talk, he describes that cells themselves are either in Protection Mode (Reactive) or Growth Mode (Creative), depending on the signals they receive through our belief systems.

The video is about an hour long, so here’s a shorter explanation. There are certain parts of the body where specific emotions are generally stored. These are common patterns amongst humans, and is exactly where the theory of chakras is derived.

As seen above, the way that emotions are stored has an effect on the cells which are storing them. Cells are literally designed to store information about danger. This is why our stomachs churn when we have a job interview or go one a rollercoaster. Unfortunately, western cultures tend to repress both mild and severe traumas, which then become stuck in our cells as a constant indicator that we are in danger. This creates that very reactive orientation that we know so well.

By finding momentum toward release and relief – and by adjusting our focus onto the more pleasant possibilities of the future, we can more sensitively detect our stuck emotions and accept the losses that we have perceived. In guiding our focus toward this ever available state of relief, we are indeed able to heal ourselves.

On How this relates to Cannabis Users:

Because cannabis brings our subconscious to the surface, it’s an ideal opportunity for reprogramming of our cells. This can happen accidentally, if we have the TV on, or it can happen by our own design – of we plan our session with strong intentions. Our cells are listening for new instructions. We know when they’ve received these instructions during a meditation or any other form of ‘growth mode’ programming because we feel chills. Those chills are the cells coming online to follow your new commands.

His blog can be found at the Quantum Theater website.